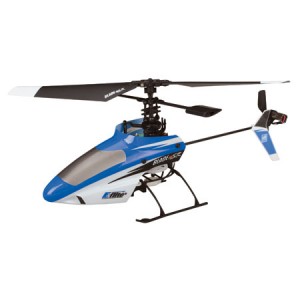 The mSR is one of the small fixed pitch helis in the wide range of helis that Blade produced. I picked this one because I wanted to fly it mainly indoor. Quite more expensive than a coaxial one of the same size, but that has a reason. It is way more agile and you have far more control over how you want to move it. As long as all parts are intact and it is set up well, it’s very stable.

It’s possible to fly it slow and have more control, but it’s also possible to use it’s agility to the max and fly with way more head speed than with a coaxial heli. Pirouettes, fast climbs, banked turnes. It’s all possible, but it asks some skills before you can do that.
Skills are more a matter of putting a lot of hours in it than having talent. Of course you need a bit feeling with flying, but most things you learn just by putting a lot of practice time in it.

First upgrade that I did, was a Microheli carbon landing gear. First reason was that I broke the stock one, and the second that I liked how it made it stand lower on its feet.

The second upgrade was a Microheli alu swash plate. It makes it more stable (the added weight is not too wild) and it looks fancy. 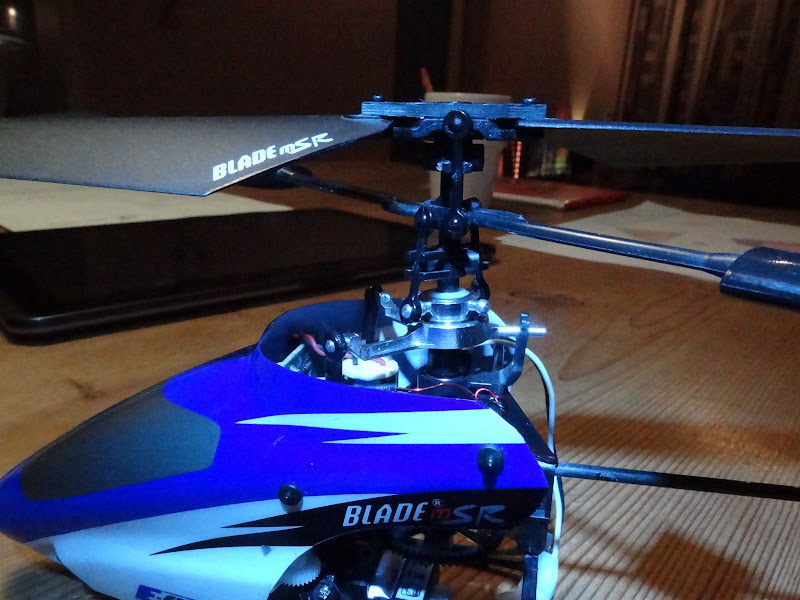 You can get a ton of upgrades, but I don’t see the point of paying three times as much for upgrades than for the heli itself.