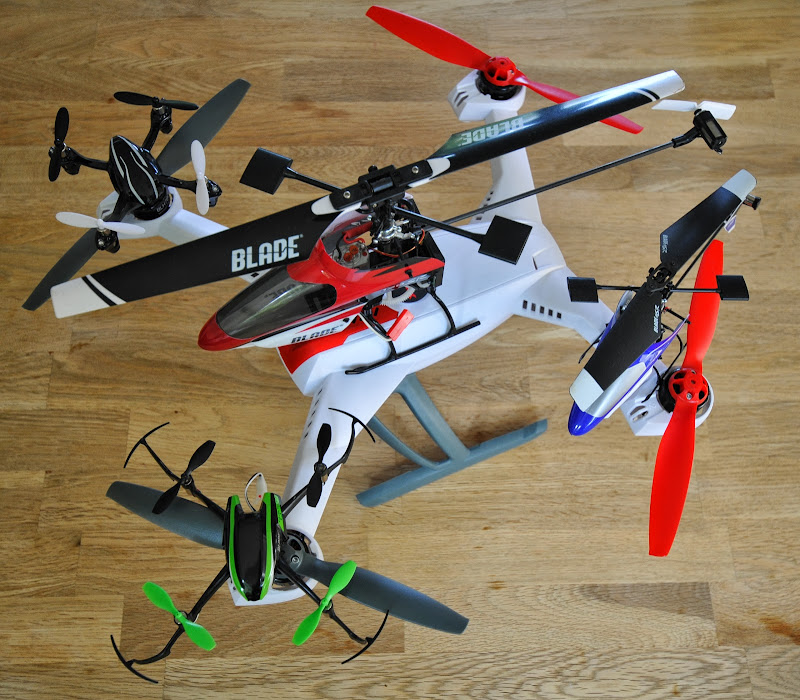 By far my largest aircraft that I owned at that time, as can be seen on the picture. Fancy machine with tons of gadgets on board, like a GPS, compass and what not to keep it as stable as possible.

It’s fun to “hang” it in the air at around two meters, grab it by its landing skid and pull it away from its spot. When you do that, it just “fights” its way back to the spot where it came from.

It took me a while before I dared to put the throttle stick all the way forward. Almost scary when you see the machine go up with such a high speed. It takes just a few seconds to get it up so high that it is only a small dot in the air.

It is powerful enough to carry a GoPro camera, so you can make nice videos or pictures with it.