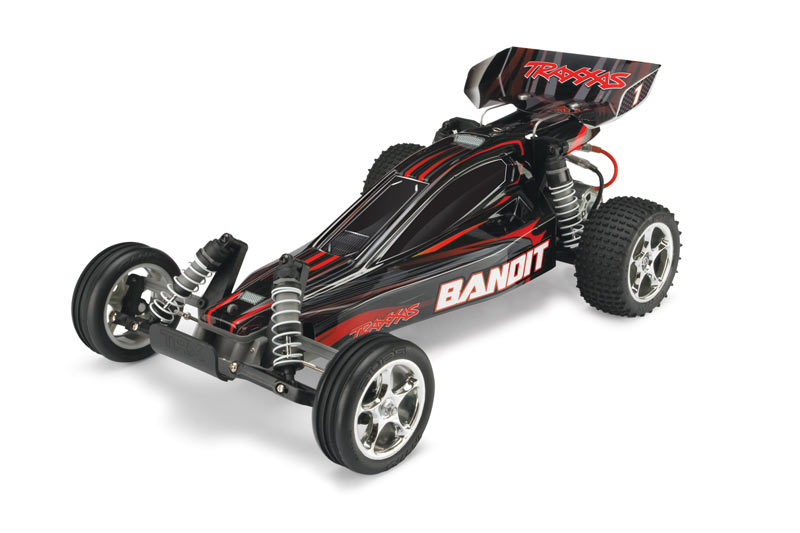 After watching two neighbours fiddle with nitro cars, I thought about the times that I was fooling around with my Marui Ninja. That trigger was enough to get me to a LHS close to where I worked at that time and see what kind of cars were on the market those days.

I ended up buying a Rustler XL-5 as a birthday present for the son of my girlfriend and a Bandit XL-5 for myself. I didn’t want to pick the same car as he did, although I knew that the Bandit would be less stable in corners.

Already after a few days we bumped into problems with the Titan motors. After getting them replaced twice, we found out that breaking in brushed motors has a very positive effect on their life spans.

After getting used to the speed, I wanted something more powerful. Time to upgrade. I got a VXL combo for my Bandit and shortly after that I got my first Lipo because the stock NiMH pack got too hot too soon to my taste. That was two times a pretty big step forward.
Don’t think it is easy to hit top speeds like advertised for the VXL versions. You really need a tall gearing, a good lipo, a very long speed run strip and a lot of perseverance to get there.

Since we drove mostly on pavement, it didn’t take long before the rear tires were worn. I decided to get a set of Anacondas. About the only set that I could find to upgrade while keeping tire and wheel size the same. Nice tires, as long as the surface is clean. They probably last a while under an XL/5, but when you use a more powerful combo, they wear pretty fast.

Of course it didn’t take long before I broke parts. The bulkhead is a part that is not too hard to break. Same goes for the A-arms, shock towers, caster blocks and axle carriers. I made the mistake of buying a few low quality aluminum replacements and found out that those are not too hard to break too. 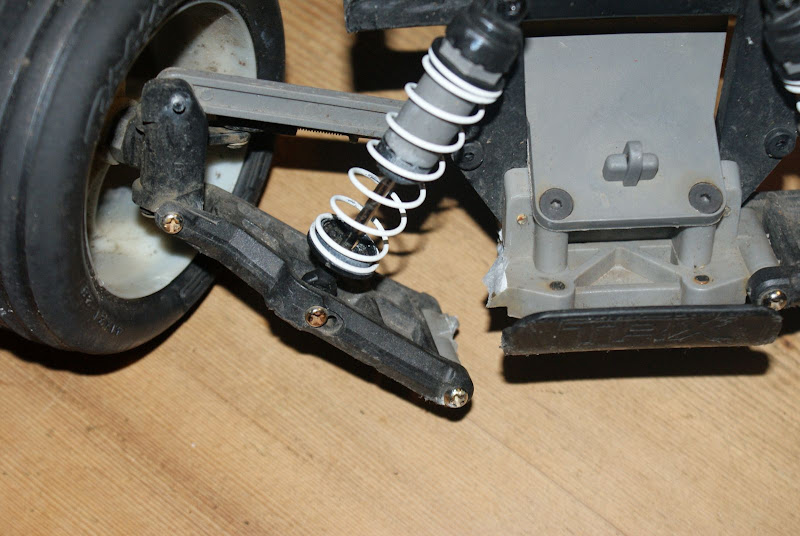 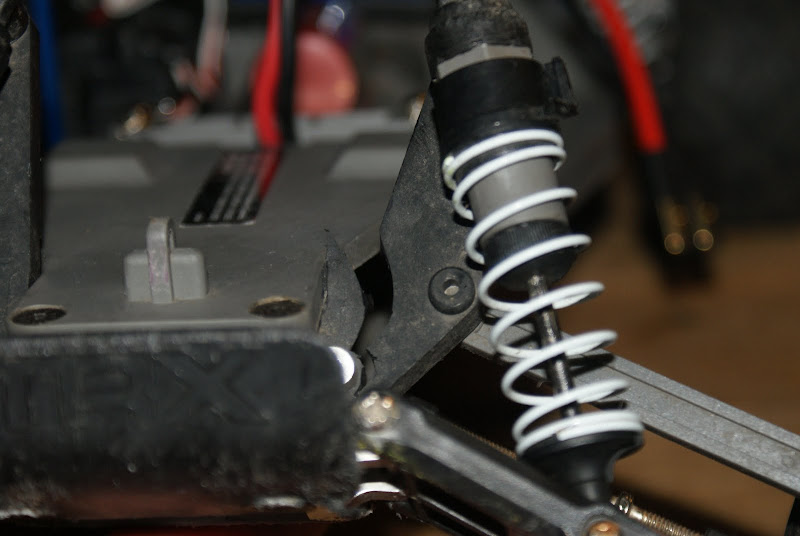 Another thing that I discovered, is that you need a specific combination of plastic and metal parts that holds up best and doesn’t cost you loads of money.
A-arms are parts that you should keep in plastic. Not too epensive and pretty easy to replace. If you get RPM arms, your end up with a bit more flex, but since they nicely bend back after an impact, they last very long.

The parts that I replaced in the end with good aluminum ones (mix of Traxxas and STRC) are: bulkhead, shock towers, axle carriers, caster blocks, bell cranks and front bumper. I also replaced the plastic rods for the metal ones which are standard on the VXL version. Another good thing of the VXL version is that it comes with better quality hex screws instead of Phillips screws which rust very easy.

Especially if you plan to use even more power than the VXL combo, an alu gearbox is a good choice. Even with the VXL combo it would keep the temps lower than with the stock one.

Lesson learned: don’t get an XL/5 version if you want a faster and more solid car. It saves you money in the end when you get the VXL version.