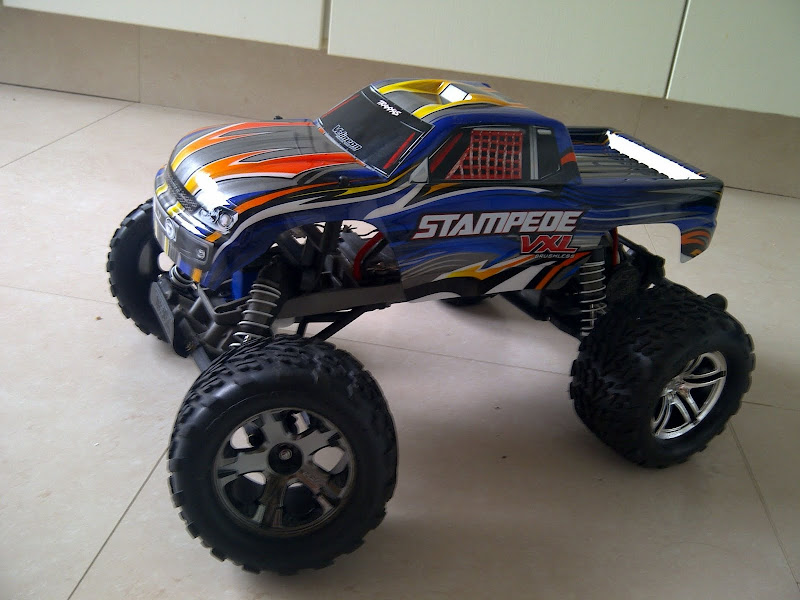 Because my buddy had enough of it the same day that he bought it, I got this one for a nice price. A car with a very light nose, but when you get used to it, it’s not too bad to drive. Fast cornering is almost impossible, but because it stands to high, it’s great fun to see it push its rear down under acceleration and make a nose dive when you brake. If you want a wheelie, just pull the throttle and it goes.

I used a Castle Sidewinder V2 with a 1410 series motor in it, but that was not fast enough to my taste. The Sidewinder was probably not 100% anymore when I mounted it in this car, which made it perform not that great.
After upgrading to a Mamba Max Pro it got a lot better. Shortly after that, I just wanted to go to the max and put a 2400Kv 1415 series Castle motor in it.

After shredding a set of Talons and a few drive shafts, it was time to get something better. I got myself a 4×4 roller, moved the electronics over and sold the remaining parts of the 2WD back to my buddy. His daughter used it a while with an XL-5 combo in it. It’s somewhere on his shelf now. 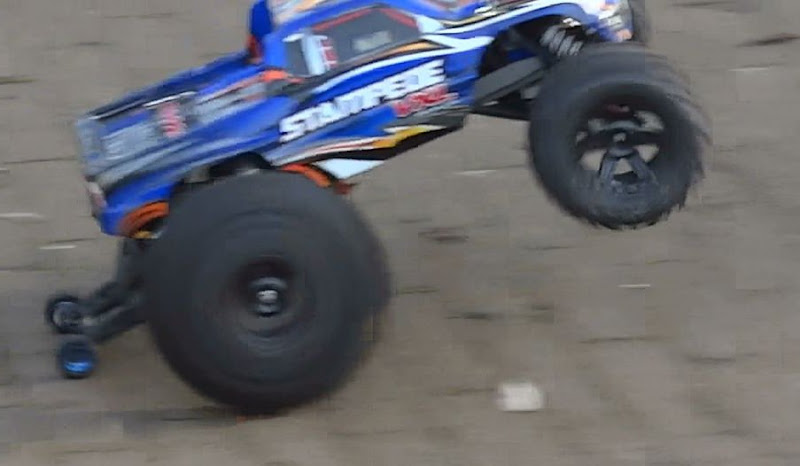 Power enough to shred a pair or Talons in no time.