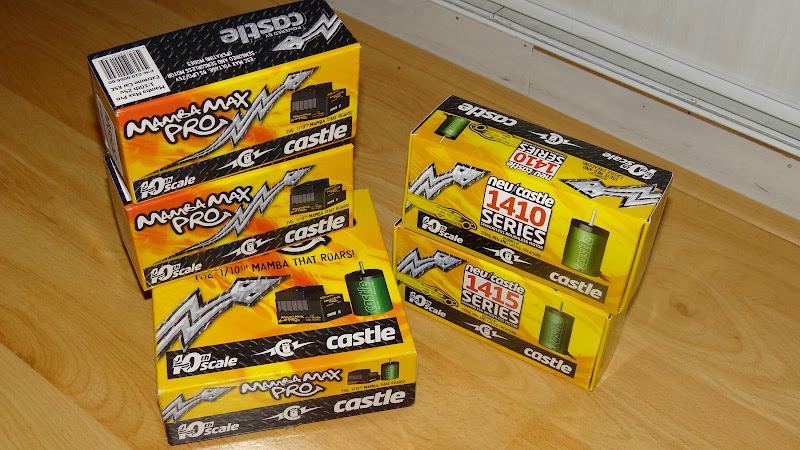 Through the years I have used quite some Castle stuff. Of course there are guys who got more, but it’s not the quantity that matters to me, but the quality does.
Maybe there are better ESCs and motors, but most of the Castle gear has served me well.

The first combo that I bought was a Sidewinder V2 with a 5700Kv CM36 2 pole motor. I used it as upgrade for the VXL-3s combo in my Bandit.
The first experience with Castle was not the best. Since my experience with picking the right gearing was not too wild those days, I used the combo mostly overgeared. With results you can predict: lots of heat.

It was more powerful than the VXL combo, but the difference was less than I expected. Time to get something more powerful

The second combo was tons better. The Mamba Max Pro can handle a lot more amps than the Sidewinder. I have logs where it delivered peaks of more than 150A on 3S. The 1410 series motor was also a huge step forward compared with the CM36. Especially the torque of the motor is very impressive. I used the combo in my Bandit and in both the Stampedes.
If you want your Bandit/Rustler do 70mph without too much hassle, the MMP/3800 will get you there.

The only disadvantage that I ran into, is the relatively weak BEC. My Savox 1258TG servo was too much to handle for the BEC. Traxxas 2075 is no problem.

When I got the speed run bug, I got interested in more powerful motors. Next level!

After having used it in my Stampede 4×4 for a while, I wanted something that stayed a bit cooler while still having tons of power. Up to the last level of overpowered. 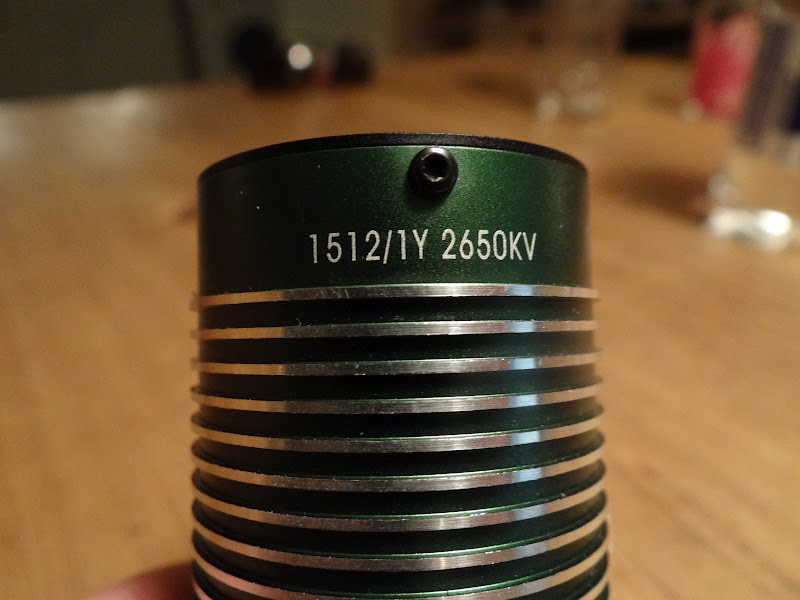 This motor, which I have used with a MMP, is the most powerful Castle motor that I have owned. I got it because the guy at my LHS made the well known offer that couldn’t be refused.

Very powerful motor (I have seen peaks of >2000W) which is, when I am very honest, just a little too much for my 4×4 Pede. Hardly impossible to give full throttle. FLM, MIP, Tekno drive shafts… I have ruined them all. Most of the time I use the combo on 3S (you need a very good Lipo to feed it sufficient), and when I am in that rare wild mood, I use it on 4S.

On 4S, the MMP struggles a bit, but stays alive.

I got this motor, together with another MMP, for a nice deal and I decided to put it in my Mini E-Revo. Of course just a little too much for the little fellow, but since I upgraded about everything in the drive train, it can handle it. Nice smooth motor. Powerful enough to use in the smaller 1/10 scale Traxxas cars. Nice advantage over the VXL 540 is the higher Kv rate.

Since I needed the MMP from my Merv for the Stampede, I got another nice deal on the Sidewinder V3. The Merv (more like a Sumit now) is the only car that I drive in wet situations, that was a good reason to get the waterproof V3. Very nice ESC for in the 1/16 scale Traxxas cars. I used it almost only on 2S. On 3S you really have to keep the amps low, otherwise you have heat problems in no time. Overall a great ESC.

A buddy of me started a web shop and started to do business with Leopard. Due to the great price, I could not resist to get a SC8 WP. Shortly before that I got a the LBP2845 motor for use in a boat. I decided to try the combo in my Mustang just to test it. The test never ended…

The fact that the combo is still in that car, says enough. Awesome choice. Of course the ESC is way more than you need in such a car. The huge advantage is that it simpy never gets warm. Surprisingly that also goes for the motor. It’s exactly the same size as the Velineon 380, but it has roughly twice the amount of power.

Not when drifting around on 3S on the asphalt square close to my house, nor when doing speed runs with multiple passes of 70mph, is it possible to push the combo to unsafe temperatures. Of course the ESC is a lot bigger than the VXL-3m, but since I have enough room under the hood of the Mustang, that is not a problem at all.

Way more than necessary, but just the perfect combo for in the Mustang.

Disadvantage of the 2845 is that it comes with a 4mm shaft. Not too easy to sand it down to 3mm, but the result was more than worth it. 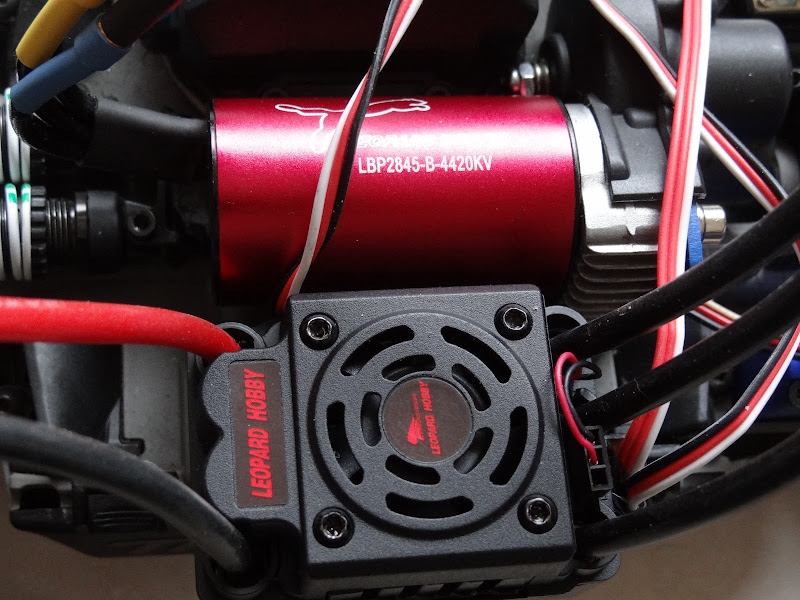