My second quadcopter. When looking at price, quality and usabililty maybe even still my best one. Got it for less than $30 at that time from a Chinese webshop. I was amazed by the quality for that price. The first version had a few disadvantages, but those were improved quite shortly after the release. The motors of the first version were easy to ruin when you landed it on its props.

It was good enough for Traxxas to rebrand it and release it as the QR-1. A few minor modifications, a better manual and batteries, and there you are, a new product. Smart move.
Like many Chinese products, the X4 got rebranded by quite a few companies.

The improved version came not too much later as the X4 V2. That one had pads under the motors, LEDs in the arms and a few other changes.

Unlike the smaller helis that I own, this little fellow can be used outside in a little wind. It’s very stable, can do preprogrammed flips and rolls and it’s pretty agile.
Nice feature are the beginner and experience modes, where you can manage how it reacts to stick actions. Another handy feature of the V2 transmitter is that you can switch off the preprogrammed tricks and still use maximum agility. 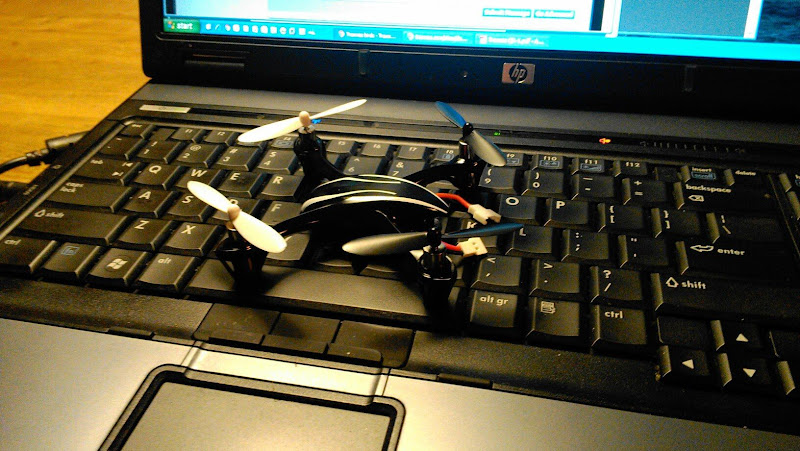