My experience with the flying part of my RC stuff started with a heli. After fooling around a bit with a small Infrared controlled heli (Swift) and a larger coaxial heli (Double Horse 9104), I decided to get something more challenging and more serious.

This what I call my first serious heli. It’s a fixed pitch one and it is good for indoor use. I bought an RTF version because I had no good transmitter at the time. It took me a while before I could control it a bit. Quite more challenging than the 3 channel coaxial stuff.
Later on I found out that using a good transmitter makes flying it a lot more easy. Read more…

After getting used to the mSR, I wanted something bigger that also could be flown outdoors. Since the mSR is in fact the little brother of the 120SR, I decided to get the 120SR.
It flies about the same as the mSR, with the difference that everything is bigger and slower.
It has relatively just a little less power than the mSR, but that is about the only difference. Read more…

After the success of the mSR, Blade decided to bring a flybarless version on the market, called the mSR X. I just had to try this one. It’s even more agile than the mSR, but also harder to control. Read more…

After flying quite some hours with the fixed pitch birds, I tried the next level: variable pitch.
I decided to stay with Blade and bought a used mCPX. After trying it a few times, I found out that next step was just one too far. Since I became more interested in quadcopters and didn’t find the time to learn to fly it as it should be flown, I decided to sell it. Read more… 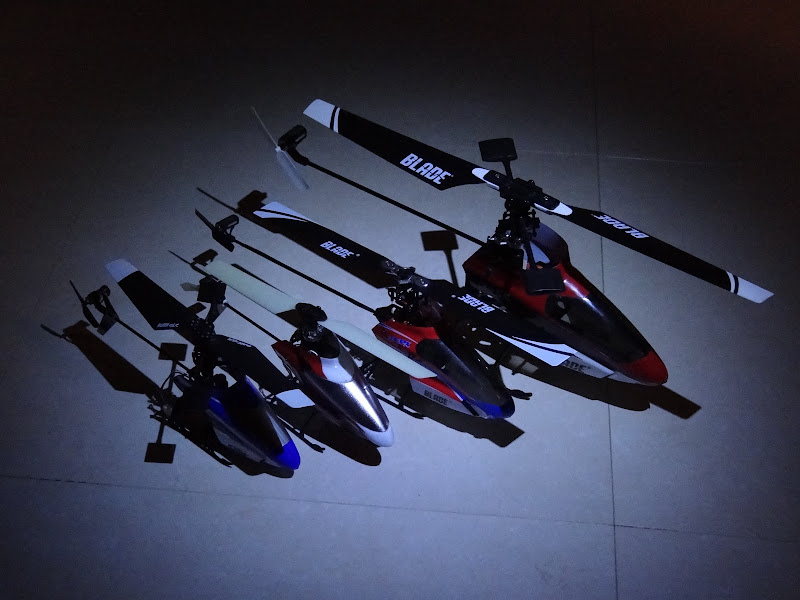